Another one painted between rain showers last week on the Leake farm.  Of course when I finished up so did the storm and there was incredible light. No matter. Being in the moment was incredible and pushing paint around trying to capture those scudding clouds was feeling alive.  .
Posted by m.gaudreau at 6:58 PM No comments: 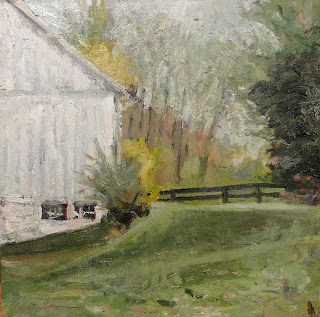 Painting in the pouring rain, it was still great fun. One of the little oil sketches I painted out on the Leake property. Looking at his work gives one great permission to just jump in and paint. One good thing about painting in overcast  or rainy conditions is you don't have to worry about changing light conditions.And when it begins to rain you don't have time to think. You just get it down.  Another reason to compare oneself to a flyfisherman. They're out there in the rain as well. I think I got a small one but a keeper, none the less.  10x10in oil
Posted by m.gaudreau at 6:01 PM 1 comment: 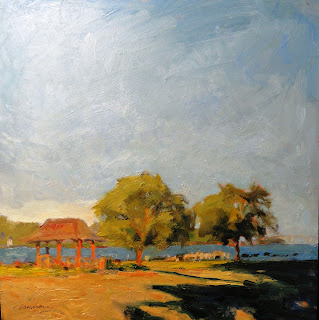 Finally got it the way I wanted it. This little oil sketch was begun on site at about 5pm and the setting sun was painting the beach in warm peach colors and casting great blue shadows from the trees behind me. Most of the foreground was blue so I took some out and put some back trying to get the right balance. I had to do most of  this in my studio from memory because as I was painting cars started arriving and parking right in my view. It seems there was a big party going on and everyone was parking at the beach. Always a party in Sherwood Forest.   The pavilion is on the Severn River. You can just make out the bridge in the lower right corner. 12x12in oil on birch panel
Posted by m.gaudreau at 4:39 PM No comments: 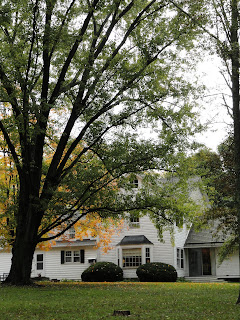 MAPAPA (Mid Atlantic Plein air Painters Assoc) hosted a very rainy day of painting at Eugene Leake's farm in Baltimore Co.Eugene "Bud" Leake was the much revered president of MICA in the '70's and a formidable landscape painter who sought to tie together both the Impressionist landscape with the  modern Expressionist world. He passed in his 90's a few years ago but his studio and house look like he just stepped out for a coffee. I met Mr. Leake many years ago at a workshop he gave on his farm and he influenced me profoundly. His brushwork was bold. Details did not exist and he took scenery as it was, leaving street signs, poles and wires. He didn't "pretty them up".   He came at the landscape with a moderinst sensibility but  honoring the traditions of the Barbazon painters (pre- Impressionists) and his hero Corot. 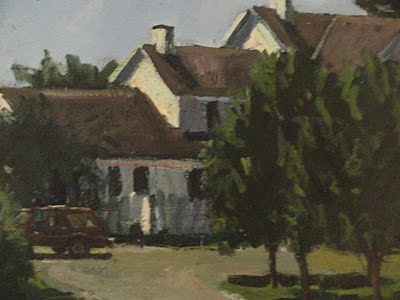 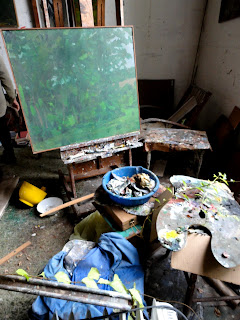 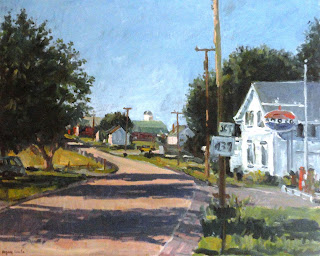 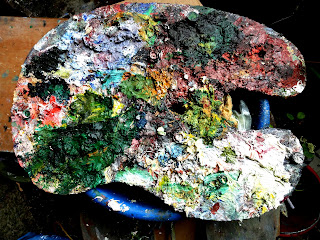 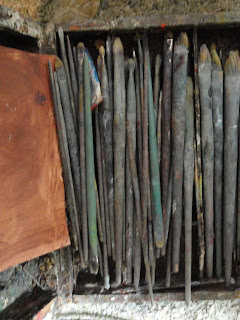 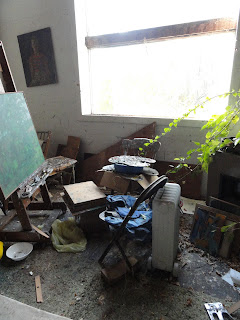 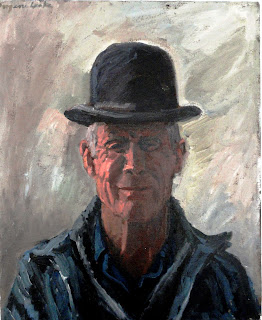 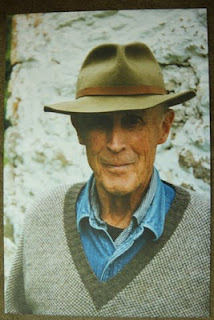 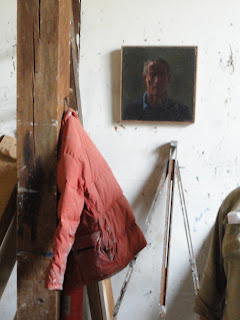 the down jacket he always wore in the field 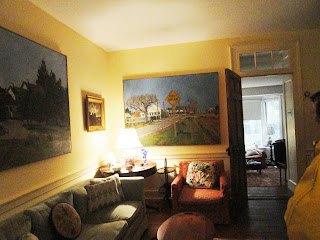 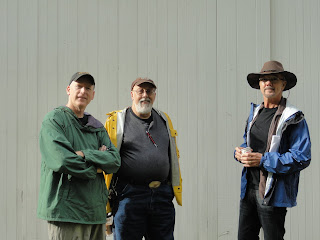 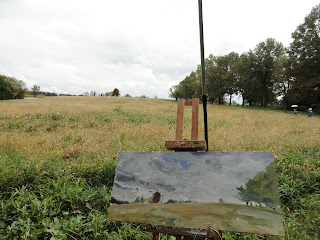 My work on the easel during a drenching rainstorm. I kept thinking "What would Bud Leake do?" He would just keep painting away and so I did , thanks to a great Utrecht umbrella. 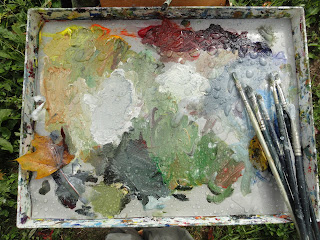 my pallete after the storm

Posted by m.gaudreau at 2:33 PM No comments: