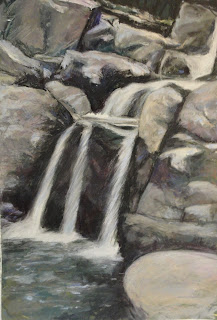 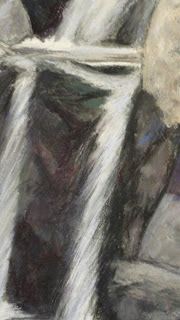 Last summer I painted a small Plein Air sketch of this famous little falls in Keene Valley. I completed this studio painting using the sketch as a guide. Two artists I know have painted this falls and I wanted to create my own interpretation. I built up this image with many layers of marks and smudges trying not to be too realistic but it happened anyway. 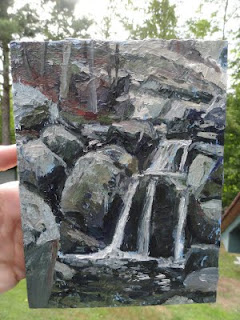 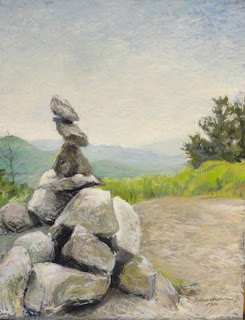 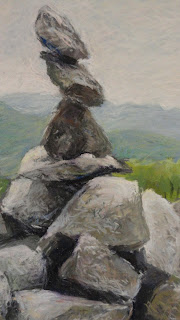 Big Crow is a small mountain with a super view. We climb it every year. At the top someone had built a small cairn to mark the top. Stylistically I wanted to create a piece made up of small dashes of color like the Impressionists instead of flat planes of color ala Porter or Katz.  Seeing the Van Gogh show "Up Close" in Philadelphia gave me a new respect for his genius and the way he applied paint to canvas. I also discovered that there was a name for subject matter that Van Gogh and other 19th and early 20th cen painters explored when they went into the forest to paint. It was called
"Sous-Boise" Into the woods.    16x20in pastel on board. SOLD﻿
﻿
Posted by m.gaudreau at 11:56 AM No comments: